Founding Envir - a value choice for a sustainable business practice 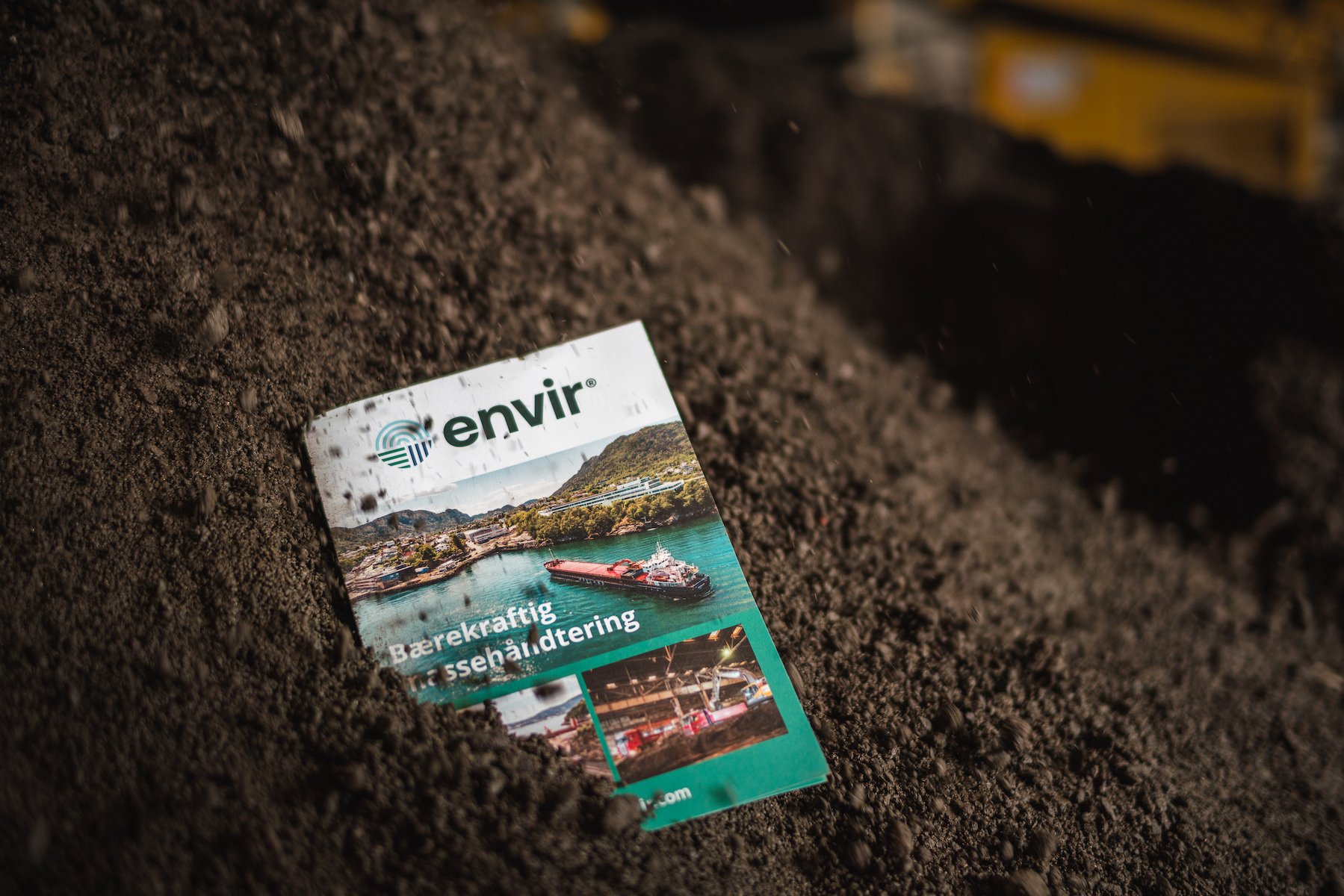 Envir AS was established in 2016 as a solution to environmental challenges in the waste management industry. With new owner(s), we lay the foundation for being a leader in sustainable societal solutions.

The world is changing, and we have utilized resources in a way that has degraded both landscape and climate. The UN's sustainability goals have highlighted the environmental and societal challenges we are facing the world today and in the future. If we do not change our ways right now, today's population will destroy the livelihoods for future generations. The most important change is that we must consume less and preferably reuse everything. This means that the waste industry is one of the main keys to achieving good and sustainable environmental solutions that stand the test of time.

Envir was founded in 2016 precisely to meet the challenges of mass handling. The philosophy of the company is circular economy in practice. In development projects, we will receive, treat, and facilitate re-use in accordance with current laws and regulations. The large investments we have made demonstrates how serious we are in order to achieve the goals we have set ourselves. In 2018, we invested in a soil sanitation facility that allows us to remove biologically contamination from soils. This facility makes reuse of soils that would otherwise have been taken out of the ecosystem, treated as hazardous waste, and landfilled, possible. It is even the first of its kind in Norway and the world and is a sustainable way of managing masses, but also a direct tool to prevent spread of biological pollution often known as invasive alien species. Envir thus contributes directly to the achievement of the UN's sustainability goal 15, to protect and conserve biodiversity So far, our pilot plant has sanitized 1,500 tons, and our product "circular soil" has been used in prestigious projects such as the Bergen Light railway and at the green roof at the new children's hospital in Bergen. With new owners in 2021, we have professionalized operations and made plans to take our environmental responsibility even further. In 2022, we have invested in a washing plant that will be able to facilitate safe reuse of chemical contaminated masses. Our mentality is that the link between social responsibility and idealism will create positive ripple effects, both for the environment, but also to generate jobs. Circular economy in practice is thus strongly rooted in Envir's current and future and investments.

Circular economic thinking is the very basis for a more sustainable world, and this is reflected in political guidelines at both national and international level. Multiple reports have been written that refer to both the need for change and instruments to do this in order to get “more circular”. Nevertheless, more than 85% of all waste produced in Norway in 2020 was not recycled. So…when should we go from talk to action? Here at Envir, we believe actions speak louder than words and this is why we have invested a lot of resources in research and development to find good solutions for reuse. We are the forefront in circular mass handling and currently have a recycling rate of 70%. This is a lot and as a comparison at the national level, the recycling rate of surplus masses is 2%. Our ambitious plan for the near future is to have a recycling rate of at least 90% by 2025.

Reuse of masses is not only important because it looks good on a statistic, but also because masses are non-renewable resources. Soil, for example, is a natural product that the ecosystem can use up to 1000 years to produce. Rocks and mountains also form irreplaceable natural areas and landscape formations that can have important functions for animals and plants in their respective environments. We must therefore think twice before we take out such masses from nature - is it necessary? Are there alternatives? The answer is yes. We can reuse surplus masses before excavating soils and rocks from nature. But this would require a change in mentality and facilitation in the form of regulations and legal frameworks.

Reuse of excavated material closes two large carbon leaks. This is important because the construction industry accounts for almost 30% of Norway's emissions annually. By reusing masses, we avoid having to set aside or create land for landfill. Landfills are the final destination for waste and are not in line with the circular economy thinking. It is therefore important that landfill solution is a last resort and reserved for actual hazardous waste. Landfills also have limited capacity and are thus also a non-renewable resource. Secondly, we can avoid major encroachments on nature to extract masses that cause large carbon emissions. In fact, we can reduce carbon emissions in projects by at least 50% if we reuse masses in construction projects rather than depositing and extracting new masses. In other words - if the construction industry is to achieve carbon neutrality, excavated masses must be reused. We at Envir are ready to take the lead in meeting this challenge.